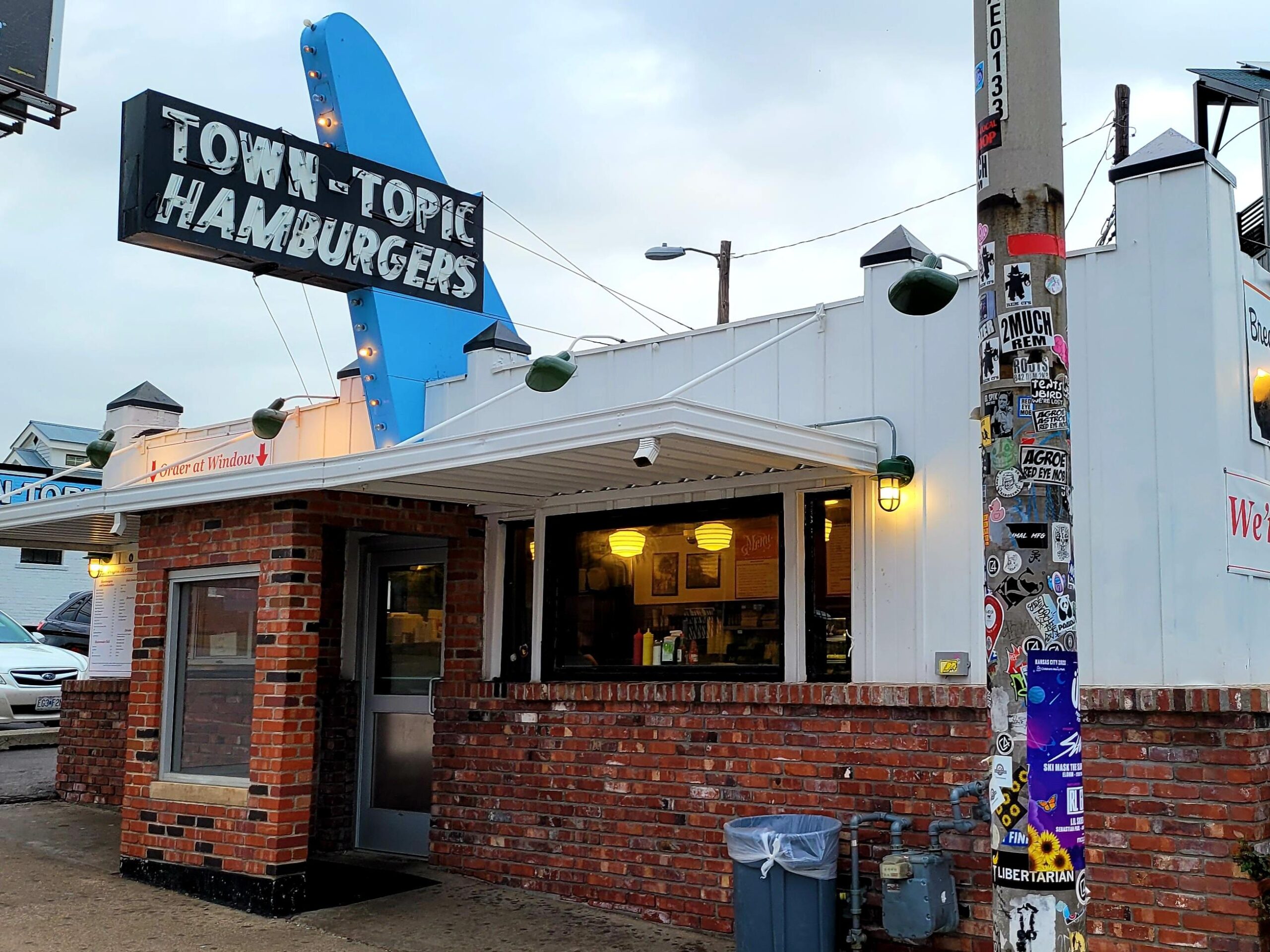 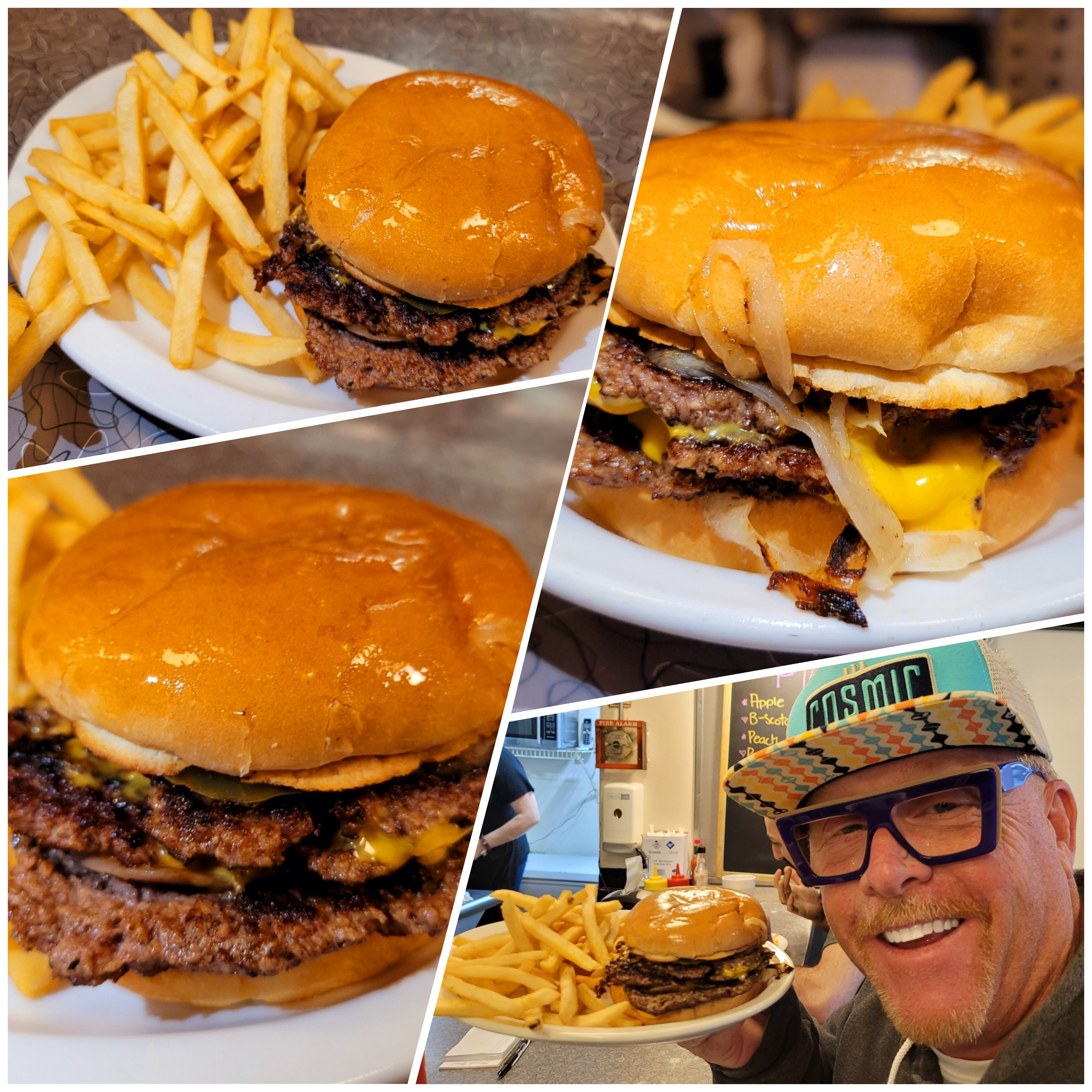 Trey’s Chow Down on our MEETS, EATS and SWEETS Tour Road Trip’in the USA for deliciousness. Today we’re in Kansas City MO for some OLD SCHOOL smash burger perfection. It all began in 1937 when Town Topic Hamburgers opened for business with a very small, cozy building that’s still in use today.

In Kansas City, a little white diner named Town Topic Hamburgers opened unceremoniously on 24th and Broadway and began selling hamburgers for 5 cents each. It was opened by Claude Sparks, who at the end of his first day pocketed a whopping $21.00. It’s more than 75 years later and Town Topic is still selling hamburgers by the bagful. They still cook them the same way, with grilled onions and a steamed bun. They also have the same full breakfast line they’ve always had, and it’s all cooked fresh to order. In fact, the downtown diners haven’t changed a whole lot since the early days.

I really enjoyed this restaurant because it’s cozy, with an old school feel you notice right when you pull up. I watched folks standing around outside, waiting for chance to grab a seat and enjoy old school perfection. We were among the group, patiently waiting for our chance at one of those TOWN TOPIC SMASH BURGERS.