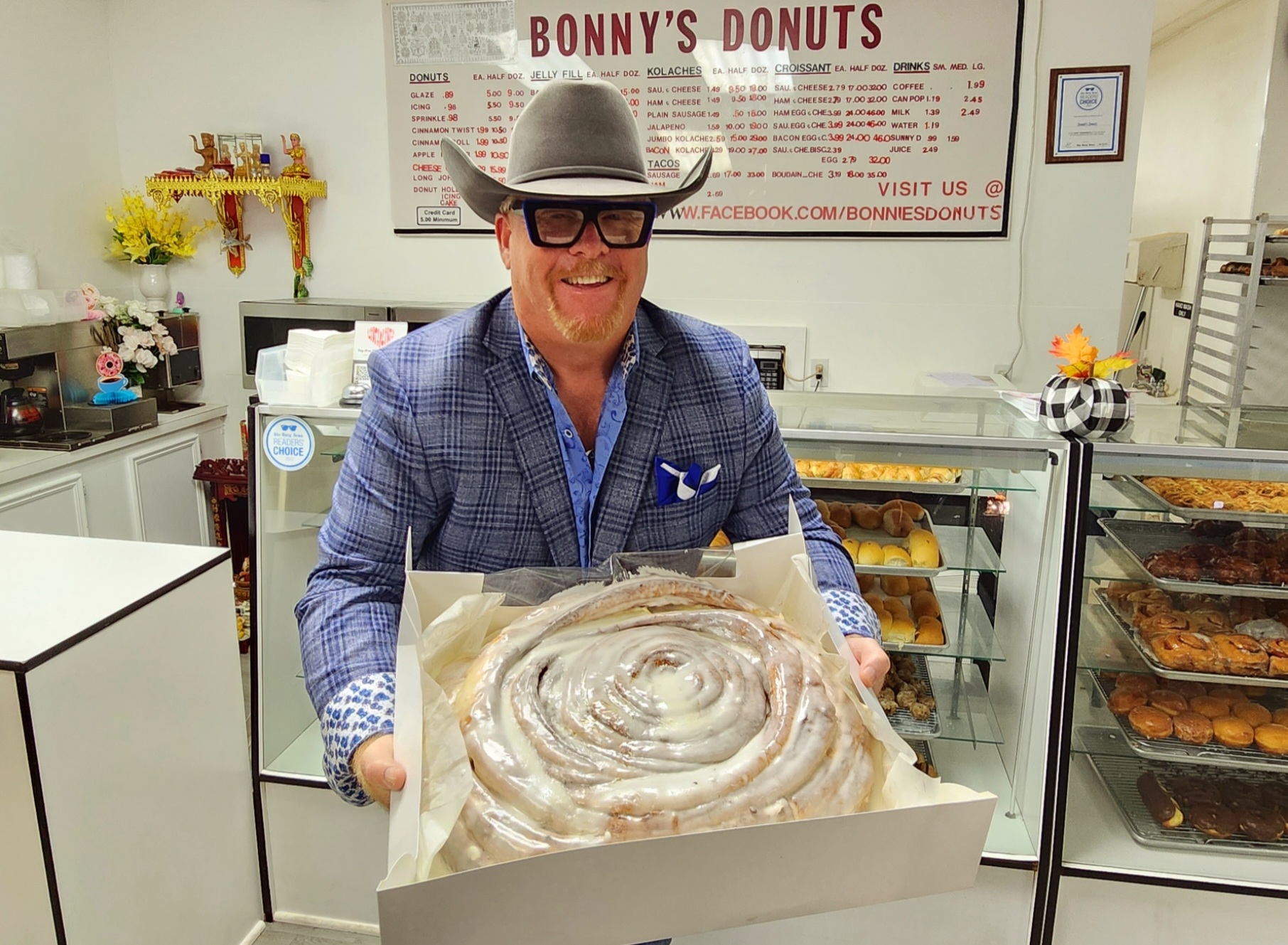 As you know, Trey’s Chow Down road trips the USA for creative chefs, tasty eats, savory sweet treats, and unique travel destinations. Today we’re in League City, TX, a suburb of Houston, to enjoy some of the 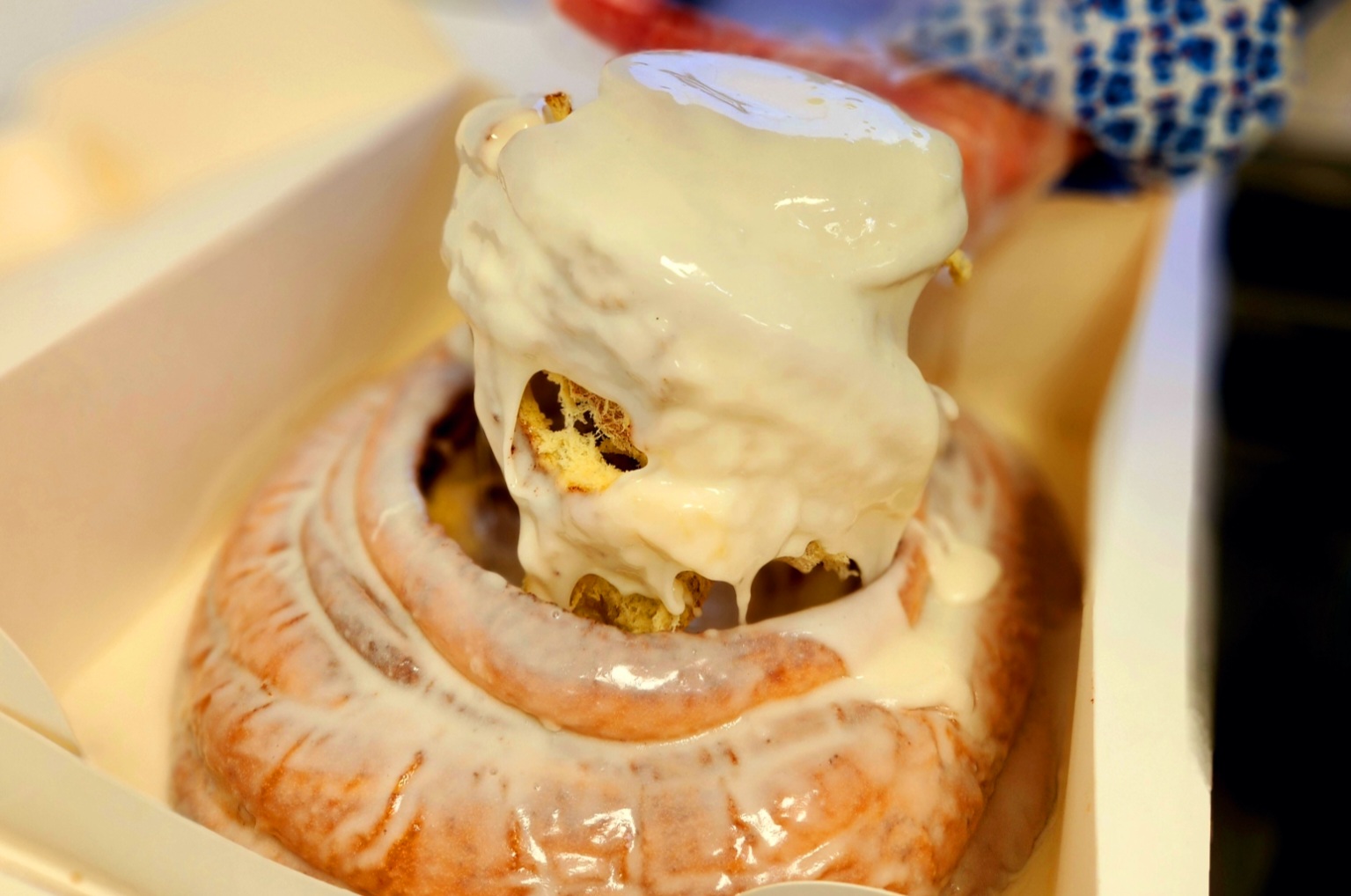 They say everything is bigger in Texas, and that includes the desserts! That holds true here in League City, thanks to Bonnie’s Donuts and their 5–10-pound cinnamon rolls. I couldn’t believe the size of these monsters. The customers we spoke with said that every thing is delectable, delicious, and worth checking out especially the FRESH 5 and 10 pound cinnamon rolls.

The owner Natalie Chun has been making these gigantic rolls with her husband for a about five years. Natalie came to the U.S. from Cambodia 8 years ago to pursue her dream of owning a business. She started out working for a local baker and when the opportunity came to purchase Bonnie’s Donuts, she didn’t hesitate. The cinnamon rolls quickly became a fan favorite thanks to social media, food bloggers, and YouTube channels.

I was lucky enough to be invited in to try some of their award-winning donuts and the Texas-size cinnamon rolls. I was shocked at how heavy, dense, and massive the rolls were. Each batch, which includes an estimated pound of cinnamon, takes roughly two hours to prepare. When I picked up the ten-pound cinnamon roll I was smiling ear to ear and couldn’t wait to get my icing on and start chowing down!

You can check out the giant desserts along with their other creative creations on their Facebook and webpage. I absolutely loved meeting them and enjoyed these one-of-a-kind savory sweet Texas-sized treats. Don’t sleep on the donuts, because there delicious too.

Bonnie’s is a NEW officially APPROVED Trey’s Chow Down Delicious Destination for all food lovers to enjoy. Tell’em Ole Trey sent you to chow down!

Hope to meet you at a table soon! 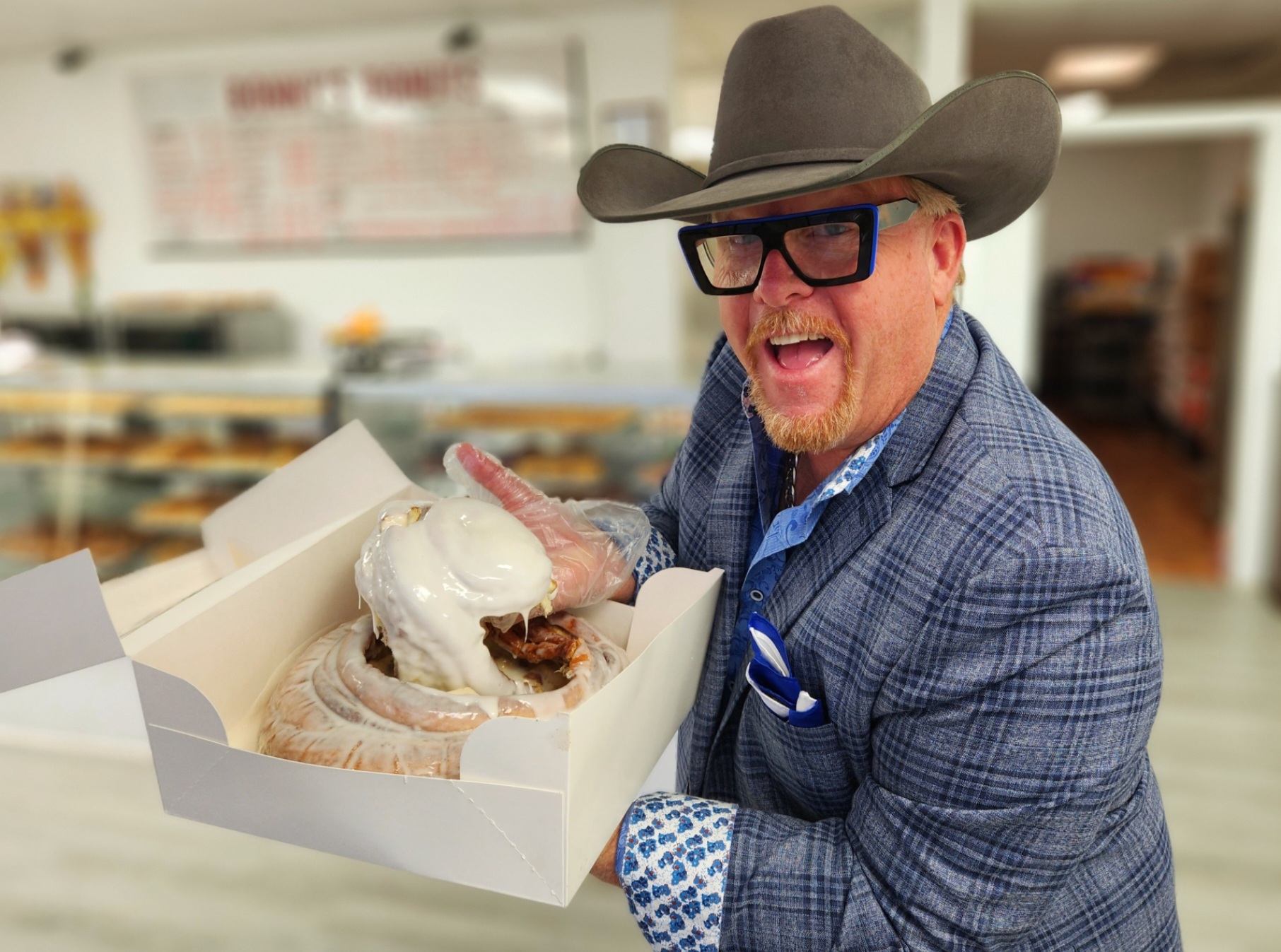 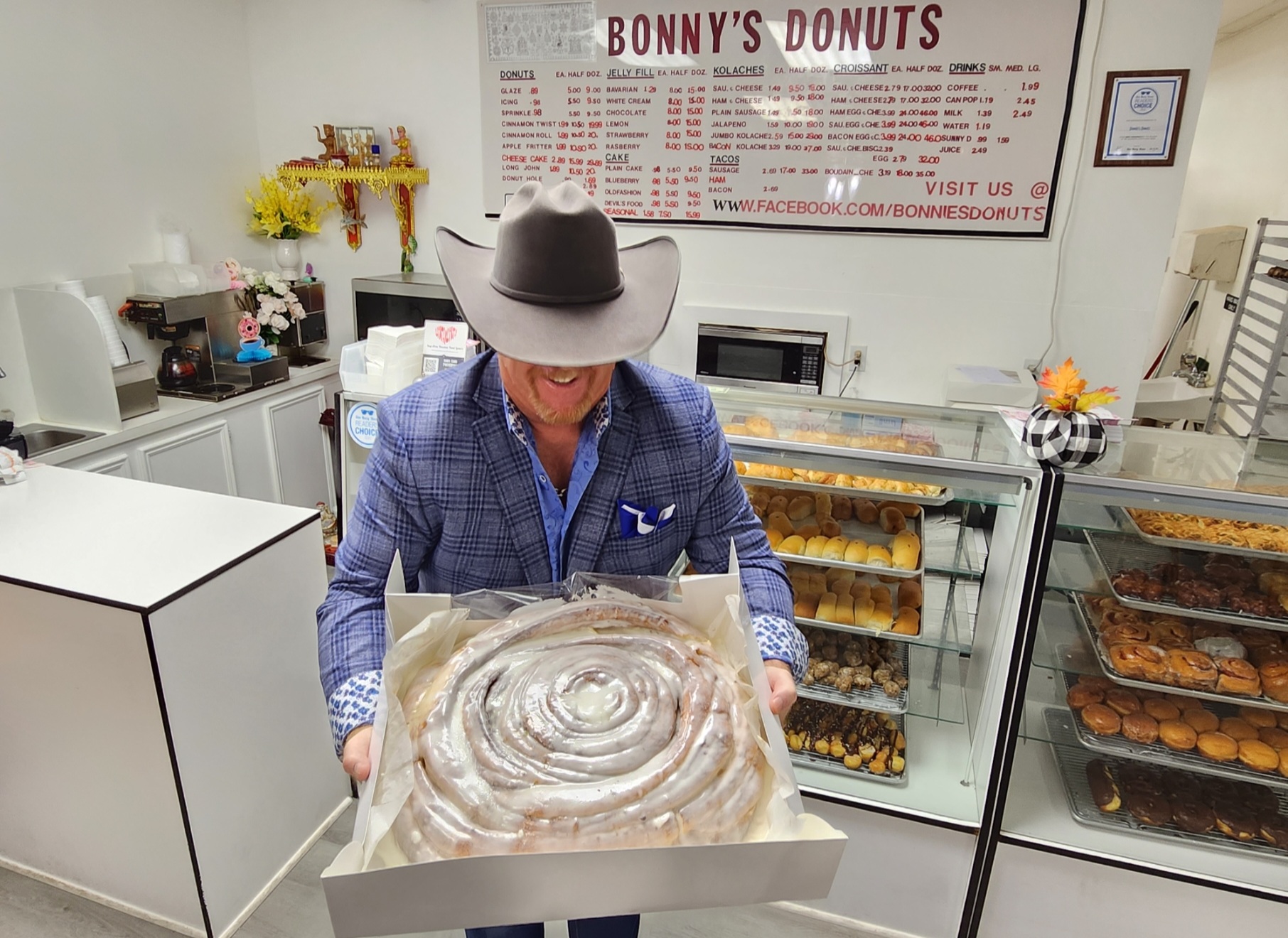 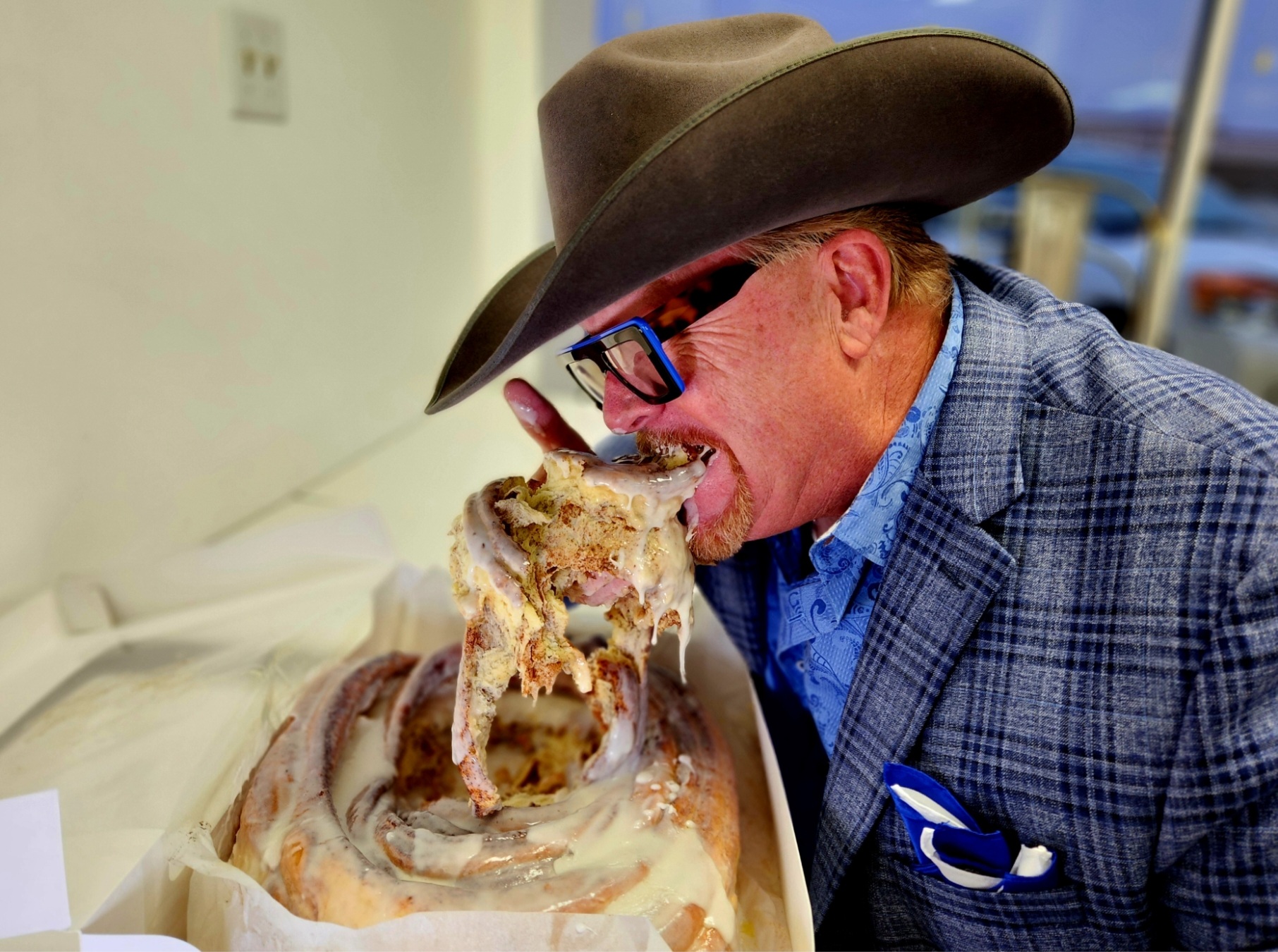 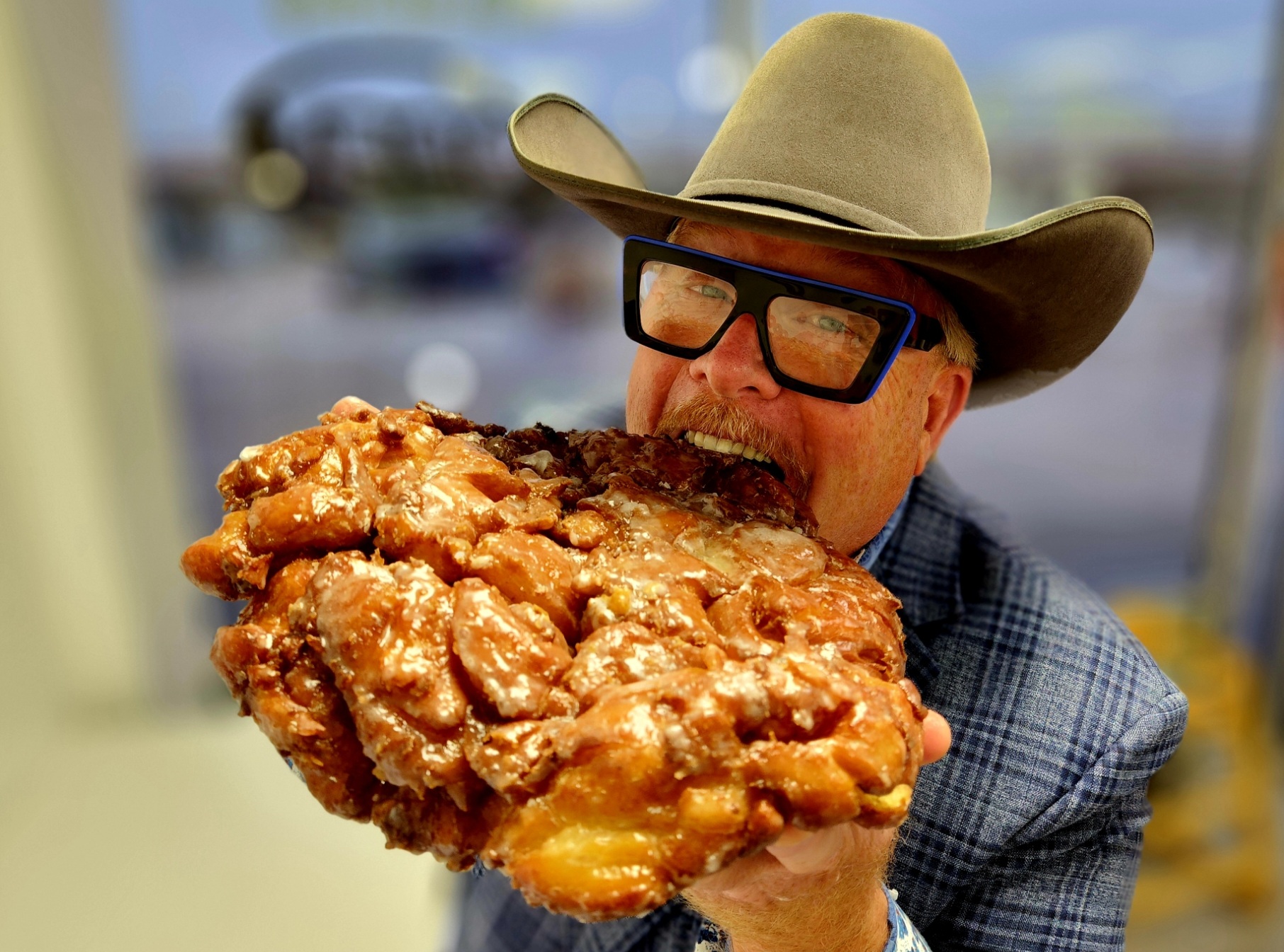 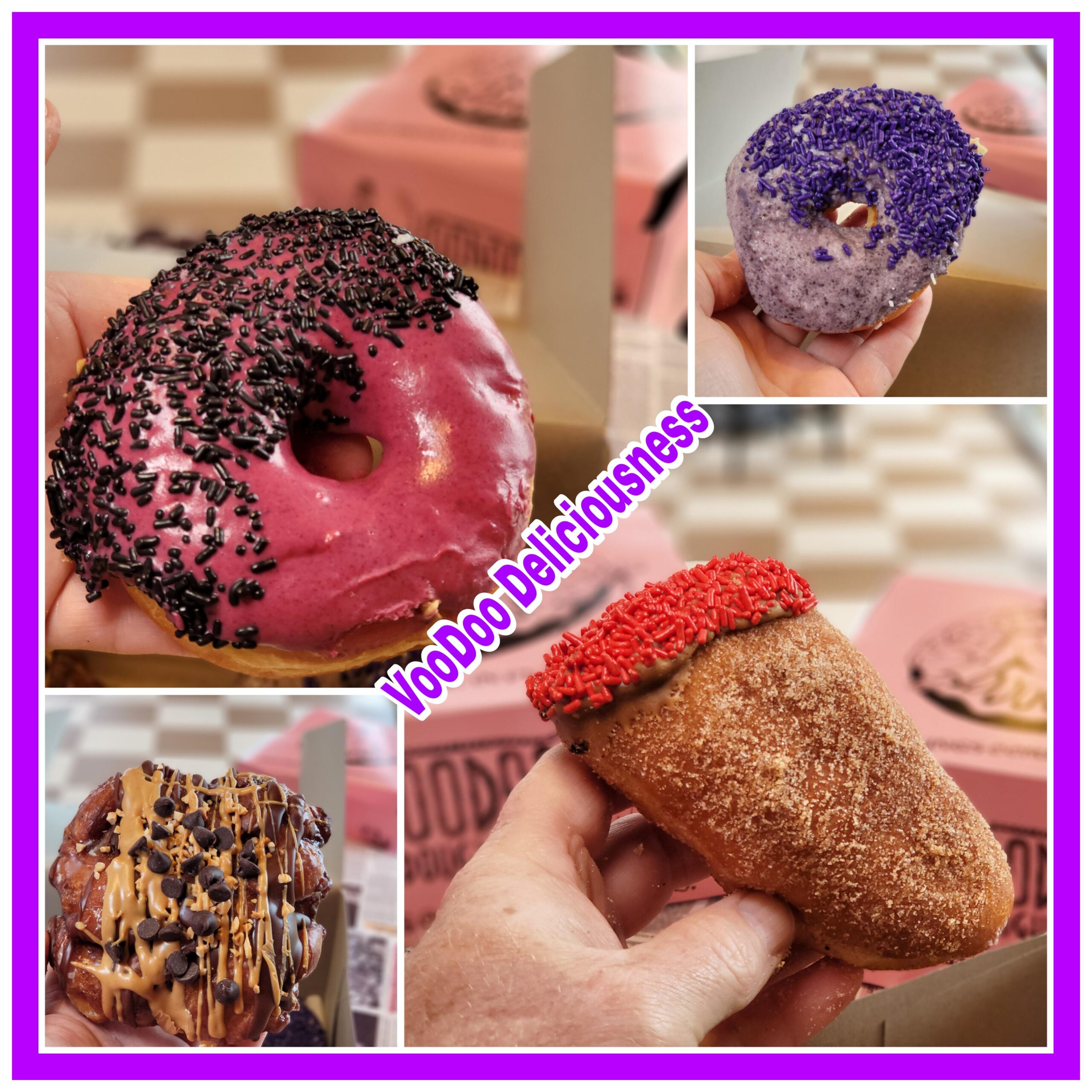 They told me: “The magic is in the hole!”

As we continue our Road Trippin’ the USA: MEETS, EATS and SWEETS 2022 Tour, I’ve located another unique hand-crafted doughnut experience that is savory, sweet and sure to please your sweet tooth cravings.

Today we’re in Houston, TX at the world-famous Voodoo Doughnut. They have other Texas locations in the cities of Cypress and Austin, as well as a total of 12 other locations in six different states as they continue growing in the USA.

The Story goes: Voodoo Doughnut is the brainchild of old friends and entertainment-minded Portlanders Kenneth “Cat Daddy” Pogson and Tres Shannon. In 2000, they decided to embark on a shared entrepreneurial venture – something that combined quality hospitality with their daring do-it-yourself brand of show business.

END_OF_DOCUMENT_TOKEN_TO_BE_REPLACED 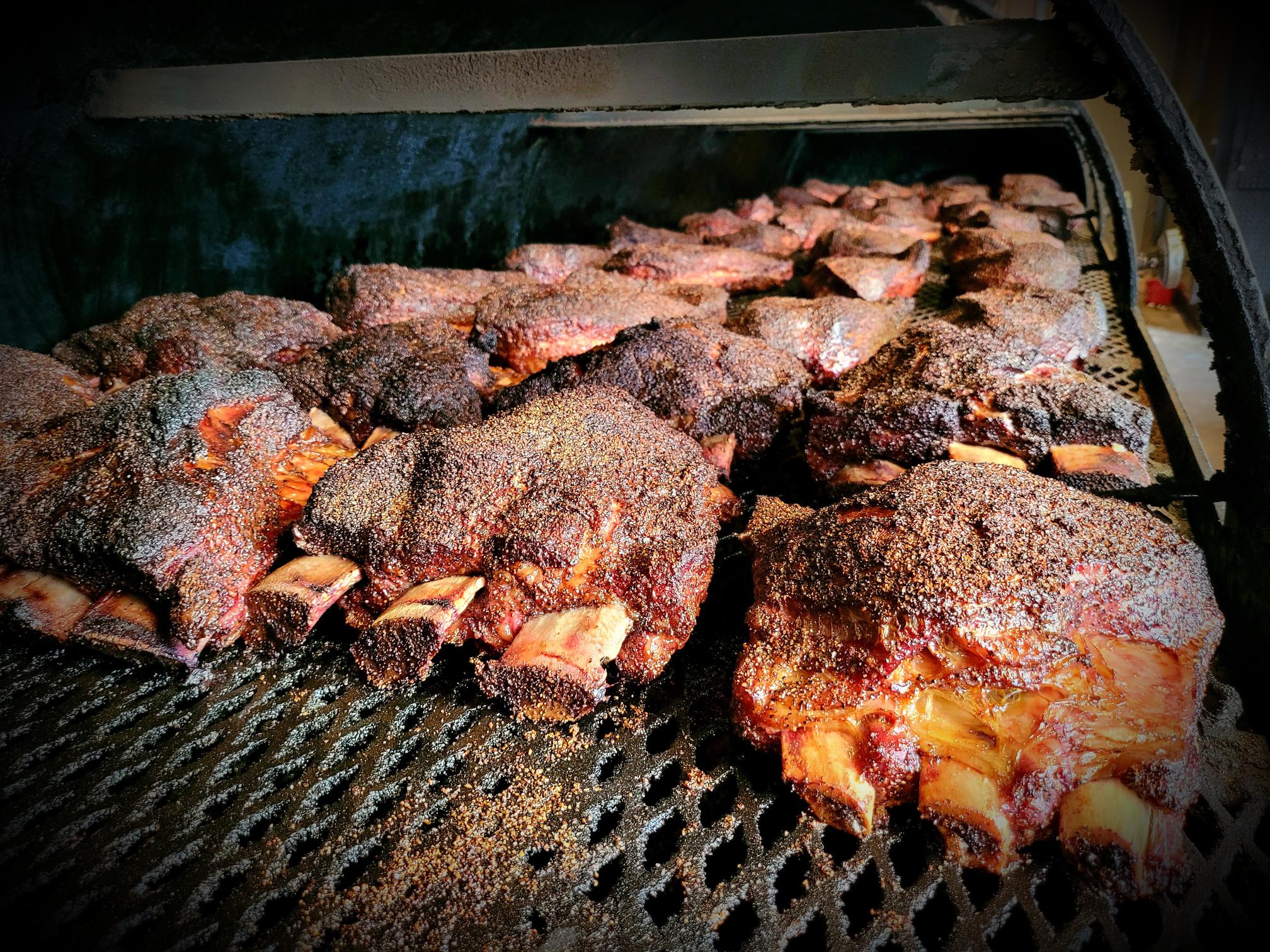 Hello, and THANK YOU so much for reading our Best Barbecue article for 2020. This year we’re very proud to release our Best Barbecue for 2020 on the Fox Network GOOD DAY Fox 4 show. Last year our 2019 BEST Barbecue in North Texas on ABC was extremely successful! In just over fifteen months we reached 1.2 million barbecue and food lovers. I hope you will visit some, if not all, of this year’s winners and reshare our article with your friends and family to help support local barbecue, pitmasters and deliciousness.

Below at the end of the blog we created a full list of this years winners. You may screen shot from your phone or print it off and plan your BBQ adventures of 2021. By saving our list you will have instance reference for your barbecue cravings.

WOW! What a year 2020 was for the restaurant, barbecue, and culinary world. In my five decades in the restaurant business, I’ve seen disasters of all types and nothing comes close to the devastating effect COVID-19 has had on our economy. Restaurants, pitmasters, chefs, and restauranteurs had to make big changes if they wanted to survive the pandemic. Nationwide we lost over 251,000 restaurants forever and 2.5 million restaurant jobs at the latest estimate. The good thing is that NOW we are on the mend and the Texas economy is in full giddy-up mode!